He has appeared as a soloist with Colombian Youth Symphony Orchestra, Chía Municipality Symphonic Band, National University of Colombia Wind Orchestra, Antioquia Symphonic Orchestra, Bogotá Youth Philharmonic Orchestra, and he was invited by Q-arte for the Colombian national premiere of Eccentricities by Rashid Kalimullin. 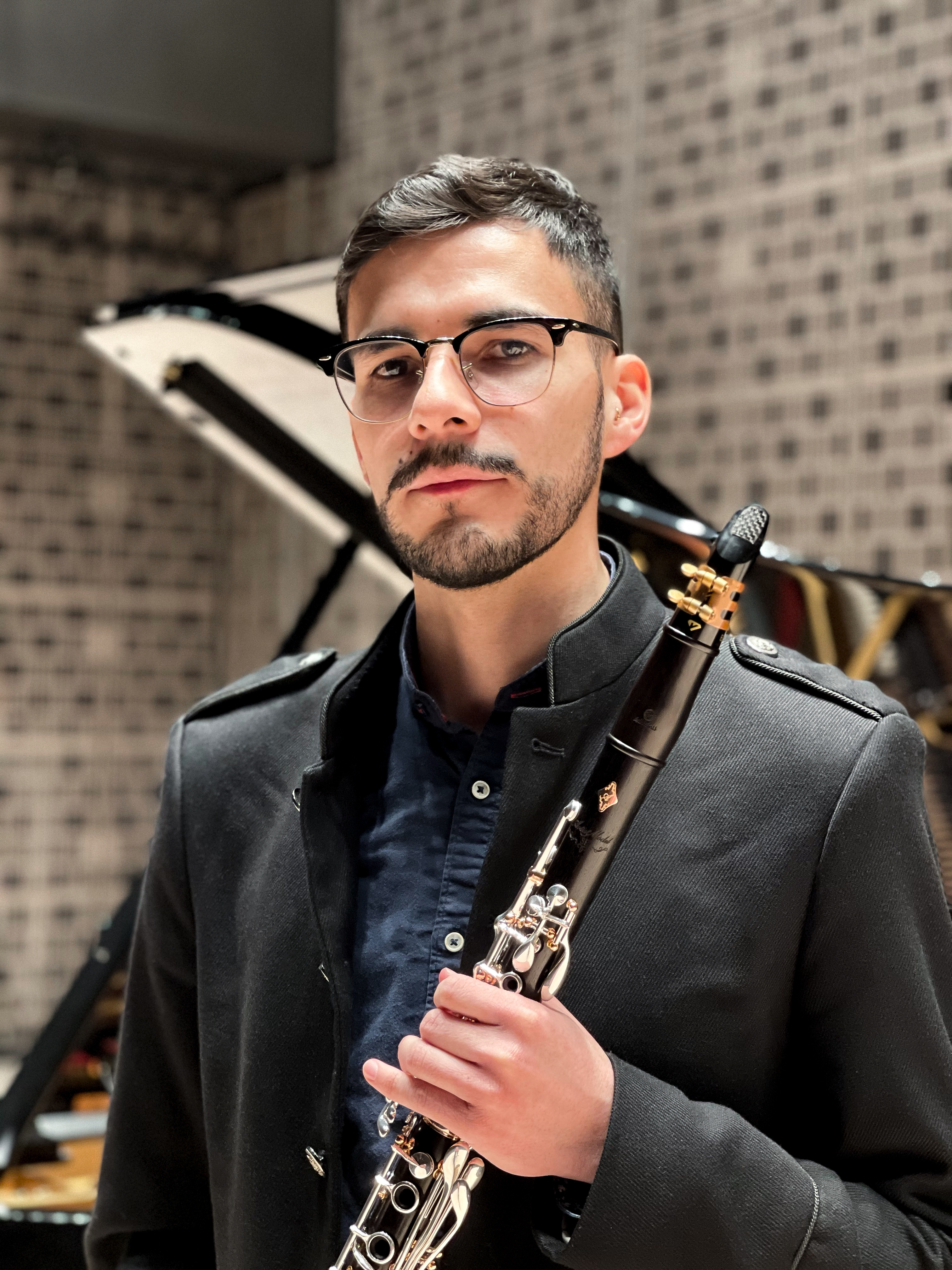 Georges-Lucas Ilouridzé is a Belgian-born Georgian clarinettist. He has been playing the [...]

Joana Soares is a young Portuguese oboist who studies at the Conservatoire National Supérieur [...]

Since 2016 she has been a student of the Karol Szymanowski Music Academy in Katowice in the [...]

Wiktoria Krużyk is a young Polish virtuoso clarinettist and a student of the Frédéric Chopin [...]