Sophie Dervaux, the first bassoonist of the Vienna Philharmonic, an acclaimed soloist and chamber musician, winner of the prestigious ARD competition in Munich and the Michał Spisak competition, among others, symbolically returns to the Festival after years, fulfilling her dream of recording a concerto indispensably connected with the Patron of the competition and the Festival.

– I hope that with this performance we will contribute to the popularization of this brilliant work and the figure of the composer around the world. When Jurek Dybał and I made a decision to carry out this project it was obvious to me that a Polish orchestra must take part – says Sophie Dervaux.

– When it comes to me, I am extremely pleased that the project has managed to attract such an excellent ensemble as the National Polish Radio Symphony Orchestra – adds conductor and Sophie’s “philharmonic colleague” from Vienna – Jurek Dybał.

A huge role in Spisak’s life was played by France, which was his second home and source of inspiration, as well as the country’s outstanding representative Nadia Boulanger, the composer’s mentor. We are pleased that this time it was the works of the Festival’s patron that charmed and inspired the Frenchwoman, the heroine of the Festival event – Sophie Dervaux, while the prize in the competition named after him apparently influenced the development of her artistic career.

PARTNERS OF THE EVENT: 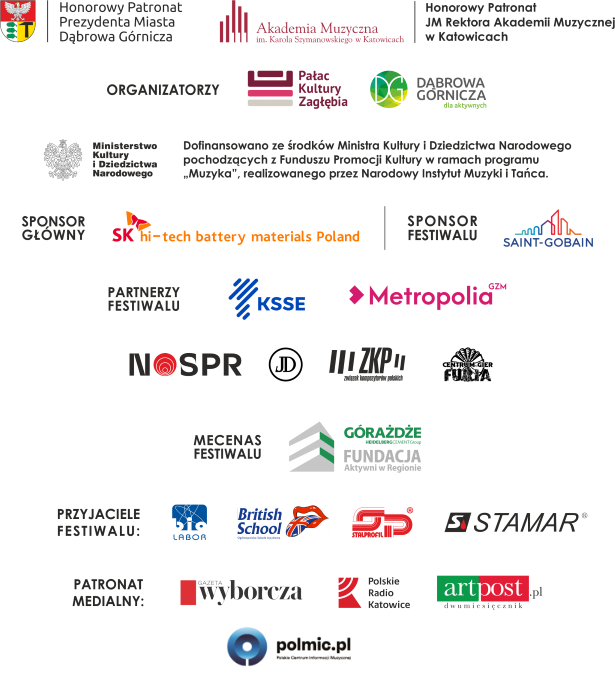 The Laureates of the 13th Michał Spisak International Music Competition!

Michał Spisak International Music Competition, held annually in Dąbrowa Górnicza, is open to musicians of all nationalities who are under the age of 30. Organizers’ intentions – manifested by the change of instruments in subsequent editions – make it a unique event in the [...]

An interview with the winners!